Kricklewood Farm began in 2009 as a new farm on a historic farm property southwest of Ottawa owned by Brad Daily and Dale Horeczy. They grew up in Manitoba where vast fields of Sunflower are a common sight and they thought 'why not here?'. Research was done to determine that Sunflowers can indeed flourish here and after two years of planning, the first crop was seeded in 2012. At the same time, they invested in a traditional cold press machine in order to produce the highest quality and freshest oil. Pressing began in early 2013 and they are now offering Kricklewood Farm Cold Pressed Sunflower oil to eastern Ontario. Kricklewood Farm is also home to a few Nubian Goats, Pot-Bellied Pigs, Chickens and Ducks. 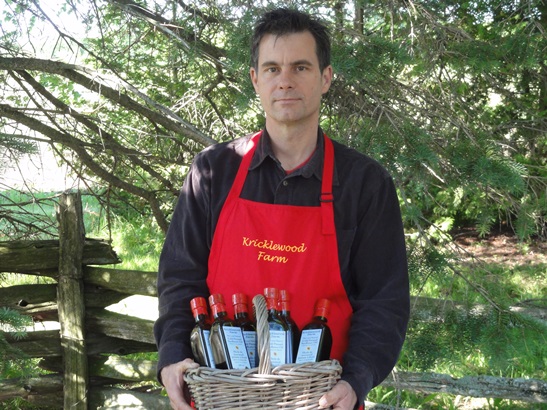